In 1900, the then newly opened Cowper Memorial Museum was given twelve Overseers of the Poor ledger books. They cover the period 1744 to 1820 and relate to the ‘Poor Laws’ in operation in Olney and the surrounding villages.  Thanks to a very generous donation, nine of these books have been conserved and digitized, enabling us to discover more about life in Georgian Olney.

There have always been some people who had sufficient money and goods to live a reasonable life, and others who struggled to feed and house themselves. In Medieval times, the monasteries helped the poor but when Henry VIII seized all the Catholic Church buildings that source of support disappeared. Queen Elizabeth later instructed the Church of England to support the poor through a series of Poor Laws, which gave the local churches the power to raise taxes, used in part to support the poor of the parish.

How the Poor Laws Functioned

Every year, four of the better off residents would be appointed to collect the taxes and distribute the funds to the poor. They would hand out money on a weekly basis to a list of needy people, based on the number of adults and children in a household. Throughout this period, they would regularly help 60 to 70 households.

At this time there were twelve pence in a shilling and twenty shillings in a pound, so one shilling was equivalent to five pence in decimal money.

In the eighteenth century poor relief was generally in the form of outdoor relief or the provision of money, food, clothing or other goods to paupers who continued living in their own cottages or relatives’ homes. Women often nursed the sick or undertook laundry work and men might repair parish roads.

The system of indoor relief  in Poor Houses or Work Houses was principally intended for the sick, the elderly and orphans.

‘The Poor Rates in Olney are very high, owing to the great numbers of Lace-makers who are employed in the town, and who frequently become chargeable to the Parish’

From ‘A SURVEY VALUATION AND PLANS OF THE ESTATES OF THE RIGHT HONORABLE THE EARL OF DARTMOUTH SITUATE AT OLNEY, WARRINGTON AND BRADWELL ABBY IN THE COUNTY OF BUCKINGHAM’ Made in 1796 by the Thomas Bainbridge of Grays Inn London

The Olney Overseers of the Poor levy and disbursement books show both the income and the expenditure of the vestry in considerable detail.

They show how funds were raised by monthly levies as well as by the sale of lace and produce from the Poor House.  These funds were spent on a wide range of items, including the midwife, illness and injury, burials, supporting the poor in their own homes, the running costs of the Workhouse, the maintenance of roadways and properties in the town, and law and order. The funds were both raised and spent by a team of four Overseers who were elected to cover a year, each one covering three months.   Below we have selected  examples to show Poor Relief in action during this period.

What Types of Support Were Available?

Investigate this yourself in the original source.  The numbers in brackets below refer to the page sources above:

1777 –  John Wheeler paid one pound and ten shillings for a year’s rent for John Kitchener, and Mr Carey paid six shillings and six pence to repair the windows at the late Mr Ping’s house. (see image 786-1-0231)

Food and Other Household Needs

1756 – Paid for treacle to mix with physic for the children’s’ scald heads.

1771 – Dr Aspray attended the poor people who were suffering smallpox in, receiving one pound sixteen shillings and sixpence in January, and nineteen pounds ten shillings and six pence in February; there were ten sufferers in May.

The records also tell us that the town must have had a pest house, used for persons afflicted with communicable diseases, because in 1777 Thomas Berrill was paid nine shillings and two pence for meat for the pest house.

Funerals were also often paid for. During the reign of Charles II, the wool trade had been declining so he ordered that bodies should be wrapped in wool to increase the demand for it.  It was the job of the local clergyman to sign an affidavit to confirm that this had happened.

1771 – Mr Fabrey’s coffin cost seven shillings, Nathaniel Gee was paid one shilling and six pence to dig the grave, Mr Newton received one shilling for the affidavit. Mrs Fallett got four shillings and six pence for the burial, which would have been to provide refreshments at the wake. (see image 786-2-0072 )

For the burial of William Sharpe, they paid out six shillings and six pence for bread, cheese, butter, beer, laying out and the affidavit, with a further eight shillings for the coffin. (see image 786-2-0158)

The overseers would sometimes go to great lengths to keep their liabilities down. In 1765, at a cost of seven pounds seven shillings and eight pence, William Kemshead was brought from Rushden to marry “great Jenny”, so that he would support her and their child. (see image 786-1-0316)

Force was sometimes needed to bring people to face their responsibilities.  This record for David Ireland shows Joseph Bond receiving two shillings and eight pence for victuals and drink for Thomas Mayes’s guard and man.

Olney as a town also had its own workhouse, where lace was made and vegetables cultivated in sufficient quantities to produce surpluses and then sold to offset the running costs.   The inhabitants of the workhouse were those who were deemed unable to support themselves even if they were provided with Poor Relief.  On entering the Workhouse, they had to hand over all their own possessions to the Parish Officers.

There are references to the ‘Great House’, Lord Dartmouth’s unused house in Olney, being used for this purpose.  However, most sources refer us to a house(s) and yard on the site where Victoria Row (known locally as ‘Tory Row’) is now situated.

In 1763 it housed about twenty six adults, but the numbers fluctuated through our period between seven and twenty seven. In 1792 it was also housing around twenty five to thirty children. 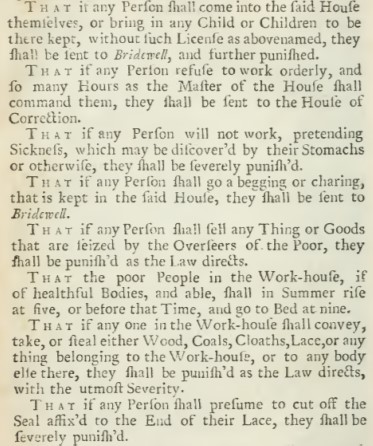 The rules for this workhouse were published in the 1725 book ‘An Account of Several Work-houses for Employing and Maintaining the Poor: …’

‘To see that due Orders are kept in the Workhouse, a Master is provided to super intend it, whose Business is to keep the Poor to their Work, to see to the buying in and dressing the Provision, to give an Account of the Work done, and what is expended : This Master is maintain’d out of the Provision of the House, and a Salary allow’d him of 16 l, per Annum.
The Work which is done ordinarily in the House (the inhabitants being most of them old) comes now to about I 5 s. a Week, which is given to the Parish Officers, as a Part of what is to contribute to the
maintaining them.’

After the Poor Law Act of 1834, parish workhouses were closed and large union workhouses were built in the larger towns. Newport Pagnell Poor Law Union was formed in 1835 and served the local area. Although the Commissioners for Olney and the surrounding villages had sought for an Olney Union to be created, they were not successful.

Records for the winding up of the Olney Parish Workhouse, including the selling of the house and land, can be found at the National Archive and are free to download from their website.

Of the nine books which have been conserved and digitised, 78,000 entries in them have been entered into a searchable database (excel) We stock a booklet and a memory stick containing all the images and the database; the pack of these two items is for sale for £10 in the Museum or by post. The nine books have been digitised thanks to a generous monetary donation to the museum:  another three books are awaiting funding to make them available to researchers.

‘An Account of Several Work-houses for Employing and Maintaining the Poor: …’:  Digital edition

Geoff Swindells has been researching family histories for over 40 years and is currently working on documents related to small traders in Buckinghamshire during the 17th century.  He is a Trustee and Honorary Archivist at the Cowper & Newton Museum. 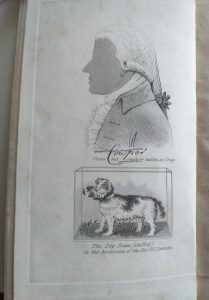 So familiar is the depiction of Cowper in terms of the three male hares that he reared and kept as pets, Puss, Bess and Tiney, that this frontispiece to an early and extensively illustrated book devoted to Cowper’s Olney may well come as something of a surprise. It shows a 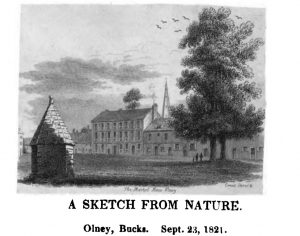 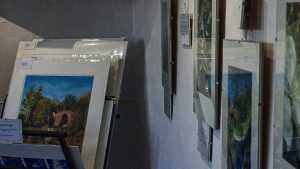 The Three Hares Gallery is located on the top floor of the Museum building and holds monthly exhibitions.  Previous exhibitions have included artists who work in watercolours, acrylics, oils, pastels, drawings, prints, photography, ceramics, woodcraft and textiles, including felt, patchwork and tapestries. Sadly, due to Coronavirus safety measures, the Gallery is currently only open to

Olney & District Historical Society (ODHS) was founded in 1997 by a group of like-minded people determined to keep Olney history alive for all generations of people in the town and for those who have since moved away. The Society closed at the end of 2019 and terminated its visits to places of historical interest and

William Cowper and John Newton are the most famous residents of Olney, but William Legge, the 2nd Earl of Dartmouth, is probably the most significant non-resident figure in Olney history.. In 1755 he married Frances Nicholls daughter to Charles Gunter (or Gounter) Nicholls, who had been MP for Peterborough. The family fortunes had been founded