‘to my dear friends in the parish and neighbourhood of Olney, for whose use the hymns were originally composed;…’

When was ‘Amazing Grace’ written? 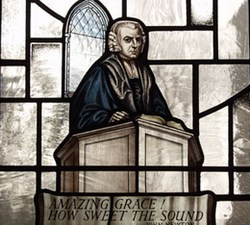 The evidence for this comes from research carried out by Marylynn Rouse of the John Newton Project.  She has connected information from John Newton’s sermon notebook in Lambeth Palace Library, the first edition of the ‘Olney Hymns’ as well as John’s diary which includes entries for January 1773 held by Princeton University Library.

John was at home in Olney during this time so the hymn was probably written in the top floor attic study of his Vicarage.

You can link to The John Newton Project here.  (sermon notebook) (transcript of diary)

What is the hymn about? 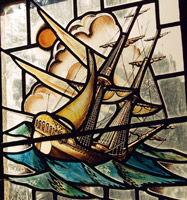 John had decided to base his sermon on 1 Chronicles 17, an ideal subject for New Year’s Day .  As with his hymns, John often used examples from his own life to help his congregation of lacemakers, farm workers, trades people, young people etc understand his message. As David is encouraged to do in this passage, John talked about looking back at life and considering who you are now,  as well as looking forward to what the future might hold.

‘Through many dangers, toils and snares,
I have already come’

The verses resonate with John’s own personal history as a recalcitrant young sailor in the shipping trade & Navy, as well as his later participation in the transatlantic slave trade. They also remind us of a day that John never forgot throughout his life when on 21st March 1748 aboard a badly stormed-damaged trading ship and fearing for his life he began his journey back to his faith:  ‘Amazing grace! (how sweet the sound) That sav’d a wretch like me!’

Jonathan Aiken in his book ‘Disgrace to Amazing Grace’ also suggests that John might have been looking to support his friend William Cowper who was again slipping into deep depression.

‘
‘Tis grace has brought me safe thus far,
And grace will lead me home.’

To what tune was Amazing Grace sung?

We don’t know for sure but Marylynn Rouse of The John Newton Project has also carried out research into possible tunes of the day.  Visit the John Newton project website to listen to the English Chamber Choir singing ‘Amazing Grace’ to some of these tunes.

The Museum has also brought together research within the Amazing Grace – John Newton in Olney Room about the earliest tunes associated with ‘Amazing Grace’, early music for other ‘Olney Hymns’, as well as the history of the most well known tune today to which ‘Amazing Grace’ is sung.

When did John & William start writing the Olney Hymns? 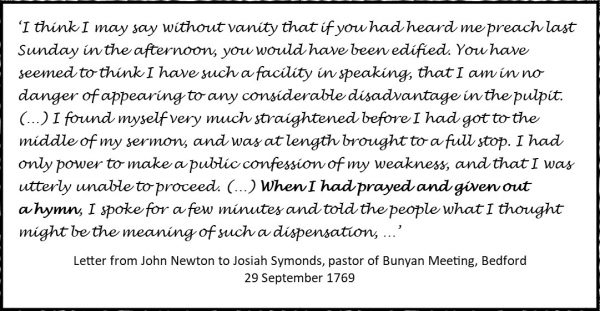 There is debate as to how soon after William came to live in Olney in 1767 that the idea of publishing a collection of hymns was taken. John was already singing hymns with his congregation in group meetings at the Vicarage, Lord Dartmouth’s unoccupied Great House or in the Church, and in church services.

Back on the 1st January 1765 John had described to his patron Lord Dartmouth his plans for developing his groups:

‘I propose to establish three meetings … One for the children, another for the young and enquiring persons, and a third to be a meeting with the more experienced and judicious for prayer and conference.’

The meetings become so popular that there was not enough room in the Vicarage to hold all those who wanted to attend.  In 1768 John was writing to Lord Dartmouth to say:

‘… we are so crowded that when the weather grows warmer we shall not be able to meet there without being greatly incommoded.’ 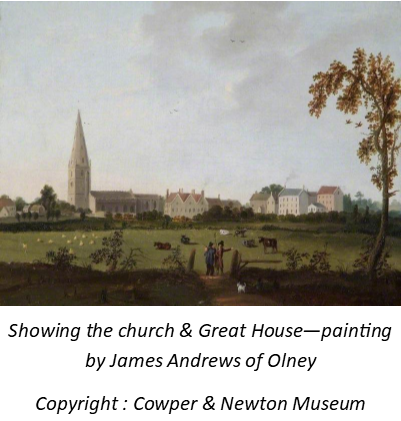 John then went on to propose making use of ‘the large room in the great house on the right hand side; ..’  One of the rooms was already used to hold Sunday meetings, and for catechism with the children.

These meetings would often be a combination of prayer, engagement with the Bible and hymn singing (the children were often taught them by rote)

‘Oh for a closer Walk with God
A calm & heav’nly Frame,
A Light to shine upon the Road
That leads me to the Lamb!’

What do we know about the publication of the Olney Hymns?

How famous is ‘Amazing Grace’?

.The Illustrated Timeline on the American Library of Congress website gives a fascinating overview of how the 18th century English hymn became one of the best known hymns in America.  Here you will be able to see and hear how the hymn evolved with information, images and sound recordings from the online catalog of the Chasanoff/Elozua Amazing Grace Collection which includes more than 3,000 published recorded performances of the hymn.

Amazing grace!  (how sweet the sound)
That sav’d a wretch like me!
I once was lost, but now am found,
Was blind, but now I see.

‘Twas grace that taught my heart to fear,
And grace my fears reliev’d;
How precious did that grace appear,
The hour I first believ’d!

Thro’ many dangers, toils and snares,
I have already come;
‘Tis grace has brought me safe thus far,
And grace will lead me home.

The Lord has promis’d good to me,
His word my hope secures;
He will my shield and portion be,
As long as life endures.

Yes, when this flesh and heart shall fail
And mortal life shall cease;
I shall possess, within the vail,
A life of joy and peace.

The earth shall soon dissolve like snow,
The sun forbear to shine;
But God, who call’d me here below,
Will be for ever mine.

We in Olney, through the Olney Newton Link, continue to support villagers in Sierra Leone whose ancestors suffered so.  We also recognise that the slave trade continues today, albeit in most cases under cover of criminal activities.
Using Amazing Grace as a theme and having no control over content, we offer links below to other websites you may find interesting and inspiring.

(Thank you to John Yatchisin for this inspiring donation). 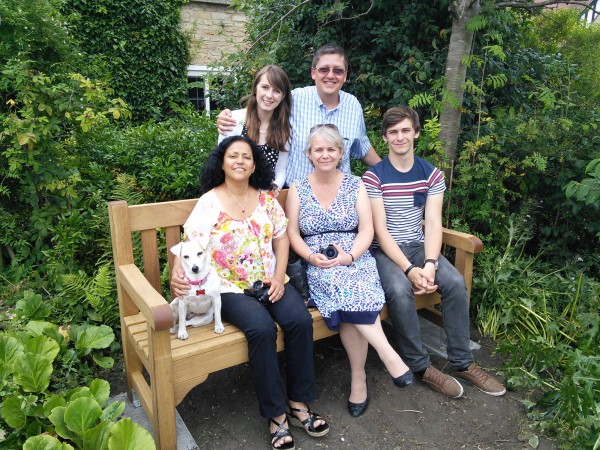 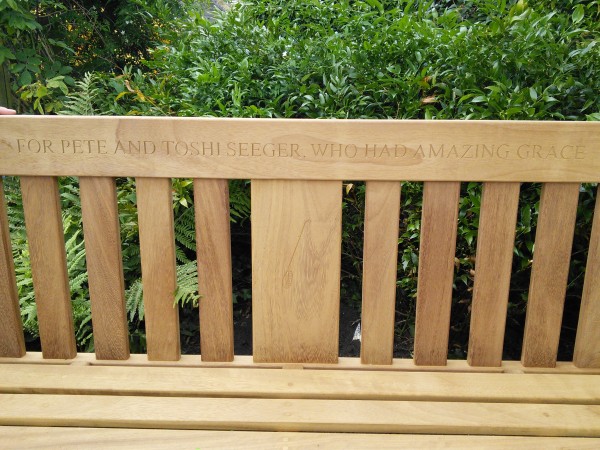