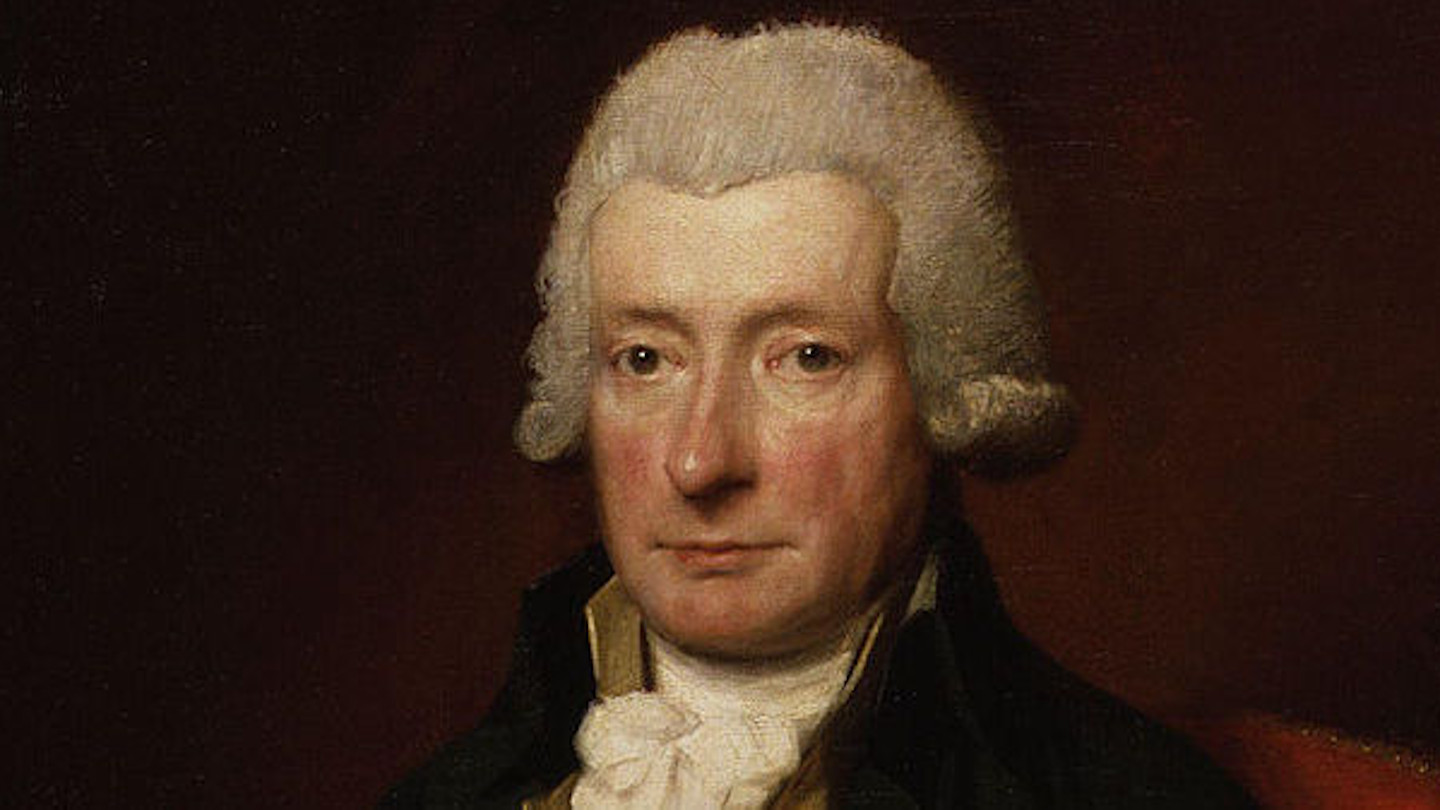 William Cowper (1731-1800), pronounced “Cooper”, was a renowned 18th century poet and translator of Homer. His most famous works include his 5000-line poem ‘The Task’ and some charming and light-hearted verses, not least ‘The Diverting History of John Gilpin’.  Phrases he coined such as ‘Variety is the spice of life’ are still in popular use today. While living in Olney he collaborated on ‘The Olney Hymns’ with his friend John Newton. Keep reading to find out more about his life…

The darkest day if you live till tomorrow will have pass’d away.

William Cowper was born in Berkhamsted, Hertfordshire in 1731 to Reverend John Cowper and Ann, daughter of Roger Donne of Ludham Hall, Norfolk. Tragically, Cowper’s mother died when he was 6 years old. Cowper’s background was that of a gentleman – his great uncle Earl Cowper had been Lord Chancellor of England – but all his life he suffered from lack of money and was dependent on friends and family and occasional journalism to make ends meet. From 1742 he attended Westminster School in London, , where like all young men of his time he studied the Classics  and finished third in his year.

Following his schooling, Cowper began training in law in 1749, following in the footsteps of other members of his family. He attended Middle Temple followed by the Inner Temple. This is why he was named as “William Cowper of the Inner Temple” in his published works. He enjoyed life in London, the coffee-houses and theatres, and he was a frequent visitor to the house of his uncle, Ashley Cowper, barrister and Clerk to the Houses of Parliament . At the age of 23 William was called to the Bar.

In 1755, Cowper experienced his first lost love. He hoped to marry his cousin Theodora but Ashley Cowper forbade the match  due to William’s lack of prospects and the tendency of the pair to ‘melancholy’, a form of depression.  Theodora never married and continued secretly to send William money and gifts throughout his life. The following year, Cowper lost his father, and his best friend Sir William Russell. It was at this time that Cowper experienced his first significant melancholic episode.

(Those) to whom a public exhibition of themselves is mortal poison, may have some idea of the horrors of my situation

In 1763 Cowper seems to have attempted suicide. He had some form of mental breakdown, triggered by the prospect of a public examination to become Keeper of the Journals in the House of Lords. This well-paid post was normally controlled by the Cowper family, but there was a rival candidate. Cowper was sent to the asylum in St Albans run by Dr Cotton, who was one of the first people in England to treat mental problems as an illness. Prayer was part of the treatment. Cowper’s gradual recovery coincided with the beginning of his conversion to Christian evangelicalism. After a year in St Albans Cowper’s family arranged for him to move, with a manservant, to lodgings in Huntingdon. He knew no-one there, but it was close to Cambridge where his brother John was a Fellow at the University.

In Huntingdon Cowper made the acquaintance of William Unwin, then studying theology at Cambridge. He was befriended by William’s family and moved in with them. William’s mother Mary Unwin treated him like a second son. Following the death in 1767 of William’s father Rev. Morley Unwin, Mary Unwin and her daughter, and Cowper, moved to Olney, invited there by the Curate-in-charge, John Newton. Newton initially shared his house with them. The following year, the family moved to Orchard Side (now the Museum). In 1773, William suffered another major breakdown. He felt forsaken by God. He ceased to attend church, but continued with Newton to write occasional hymns. These were included by Newton in the Olney Hymns, published in 1779.

In the early 1780s Cowper experienced the most productive period of his career. His first signed work was probably his enormously popular description of his three hares, published in The Gentleman’s Magazine. In 1781 he published his first book of poems under his own name. It was not a success, but the second book in 1785 established Cowper’s reputation . It contained both ‘The Task’ and the ballad of John Gilpin  ‘The Task’ was inspired by his new and witty friend Lady Austen, who, when Cowper complained of writer’s block, encouraged him to write on the insignificant subject of his own sofa. ‘The Task’ constantly compares the vices of city life with the pleasures of the countryside, and Cowper became known for his quiet life style in and around Olney.

Cowper and Mrs Unwin moved to Weston Underwood in 1786, the year before The Committee for the Abolition of the Slave Trade was established.

Through the encouragement of his friend and abolitionist, John Newton, Cowper became involved in their work, writing four poems in support of their cause.

The most influential was ‘The Negro’s Complaint’, which was later quoted by Rev. Martin Luther King Jr.

William continued writing throughout his declining years after Mary Unwin’s death in 1795. His poem the Castaway from 1799 is thought by many to be his finest poem, describing his mental traumas. He died on 25 April 1800, in East Dereham, having moved to live with his cousin, Jonny Johnson, for his and Mrs Unwin’s health in 1795. William’s poetry influenced many of the great poets that followed, such as Wordsworth, Coleridge and Tennyson. He was also popular with many of the later novelists such as Jane Austen, who quotes him in four of her novels, and the Brontë sisters. 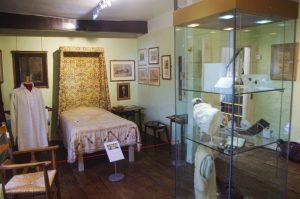 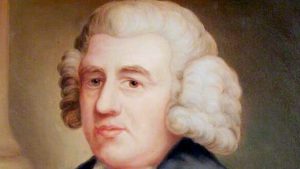 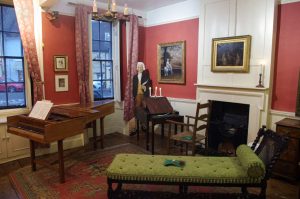 The Parlour, with a window onto the Market Place, was the social hub of the house; a place to write, meet with family and friends and drink tea. ‘Now stir the fire, and close the shutters fast, Let fall the curtains, wheel the sofa round…