Neil Curry’s William Cowper A Revaluation is a thoughtful and penetrating analysis of the complex interaction between William Cowper’s life and work.  It reveals a different cast of mind of the widely-held view of Cowper as a ‘stricken deer’.

Undeniably one of the great poets, as this work shows, William Cowper nevertheless sought inspiration using people and resources, often ruthlessly, to the end.  He is shown to have had ultimately a highly defensive view of himself to enable him to work and live, paradoxically, on his own terms.

Born in Newcastle upon Tyne in 1937, Neil Curry is a poet, translator, editor and literary critic. As a critic, he has published studies on Christopher Smart, George Herbert and Alexander Pope.  His translations of Euripides and Homer have won critical acclaim. 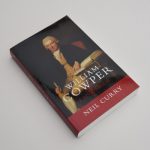