The Cowper & Newton Museum is the only stockist of this world-famous hymn book.  The Olney Hymns contains 348 hymns, the most famous of which is ‘Amazing Grace’.

Facsimile of the First Edition
The first edition of The Olney Hymns was published in 1779. Since that time many of the hymns have become established as firm favourites wherever Christianity is practised. In response to many requests, the Trustees of the Cowper & Newton Museum issued this facsimile edition in 1979 to celebrate the bicentenary year of their first publication.

Marylynn Rouse of The John Newton Project has connected the information in this notebook with John’s diary to work out the date and context of many of the hymns. Amazing Grace is hymn number XLI in a hymn book.

The Olney Hymns contains 348 hymns, the most famous of which is ‘Amazing Grace’. 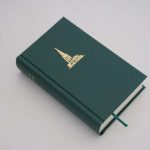