Skip to content
View basket “A Romp with the Georgians – by David Harper” has been added to your basket.

John Newton Through Many Dangers

John Newton Through Many Dangers is an adventure of passion and danger unequalled even in the 18th century.

Rejecting his mother’s Christian faith, John became a reckless, blasphemous sailor and an evangelist for unbelief. Press-ganged onto a man-of-war, he faced death in a naval battle, was flogged for deserting his ship, and eventually enslaved and starved in Africa. All because of his passion for ‘Polly’ – a girl beyond his reach. Later, as a slave-ship captain, John’s life was threatened by mutinous crews, callous traders, desperate slaves, Barbary pirates, tropical diseases and violent storms.

John’s encounter with God in an Atlantic storm transformed him to become the caring Christian pastor of the most influential church in the country. Among his congregation, he could number a Lord Mayor, prominent politicians, wealthy bankers, a national poet, a leading playwright and hundreds of the labouring poor. John’s unending love for his wife, his wise counsel, his hymns and correspondence and his fight against the slave-trade, influenced the lives of thousands in his day.

More than two hundred years after his death his letters and example are as valuable as ever.

In this new and fully illustrated edition, the life of John Newton is seen against the colourful and cruel backcloth of the eighteenth-century.

Brian Edwards holds a degree in theology from the University of London. He pastored an evangelic church in London and is the author of over twenty books. He co-authored the best selling Evidence for the Bible and continues a ministry of preaching, lecturing, writing and editing. He is married to Rosie and they live in greater London. 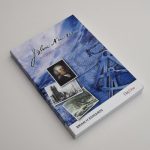 John Newton Through Many Dangers
£12.00
We use cookies on our website to give you the most relevant experience by remembering your preferences and repeat visits.
By clicking “Accept”, you consent to the use of ALL the cookies. However, you may visit Cookie Settings to provide controlled consent.
Cookie settingsACCEPT
Manage Cookies