On your marks, get set, the church bell chimes & the Pancake Race bell starts the race…

Arguably, Olney’s best known event is our Pancake Race, run with a few gaps since 1445 by the local ladies on Shrove Tuesday each year. Run over 400 metres down the High Street the race is open to resident women who must be suitably equipped with a frying pan, headscarf and apron. This year’s race is on February 25th starting at 11.55am. Olney school children will also be participating in their own races earlier in the morning. As every year since 1950 Olney has competed with the town of Liberal in Kansas, USA. The races are timed. To date Liberal leads Olney by 36 to 26 so there’s a bit of local and national pride at stake! You can find more information about the race at www.olneypancakerace.org

Known colloquially as Pancake Day and throughout the world as Mardi Gras this is a key date in the church calendar and is celebrated in many different ways worldwide as a carnival (a feast before fasting). Olney’s Pancake Race is our community’s unique interpretation.

.
The current Pancake Bell, used to start the race, lives at the Museum as does its very elderly precursor which is retired now because of its fragility. A metal hand bell with an iron clapper and a brass handle it was used by the Olney town crier in the 19th century and donated to the museum by the Olney Parish Council in 1920. 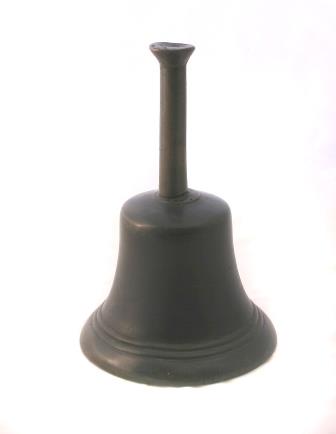 Shrove Tuesday was quite a holiday in Cowper’s 18th century Olney – a time to eat well and lark about before the Lenten Fast. Most of the townsfolk of Olney then were agricultural workers, supplementing meagre wages by piece-work lace-making and their food from their allotment gardens. By the late Winter households would have been running low on the foodstuffs harvested in the Autumn, and Pancake Day was the last opportunity to ‘eat, drink and be merry’ before the fast followed by Easter, the Spring, and the start of the new agricultural year.

.
Ferrety fact: Mardi Gras means quite literally ‘Fat Tuesday’, traditionally when all the rich ingredients denied in Lent were eaten.

Performance poem from the late 1800s about the Pancake Race in Olney.  Copies are available to purchase from the Museum Shop 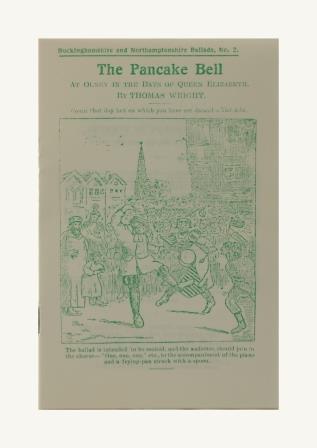