Welcome back to one of our favourite artists, Colin Veitch. We are delighted to be hosting his show of his quirky take on The Twelve Days of Christmas along with other recent works.

All items are for sale and make a perfect seasonal gift (calendars and cards of the works are also available).  Admission to the Gallery is free.

We asked Colin to tell us a little about his artistic background:

Each one of the above career paths moulded me but sadly none of them actually gave me artistic recognition.

Success eventually came at the Royal Academy of Arts summer exhibitions throughout the 1990s,   where my pictures were hung and sold.

Politics played a large part in my various career changes. Whichever Government was in power would either throw money at Art projects or make me redundant.

In August 2013, I discovered the fascinating world of printmaking thanks to the Curwen Print Study Centre at Chilford Hall, near Linton, Cambridgeshire.

In June 2014, I was awarded the accolade of Artist of the Month from the prestigious J gallery in Moulton, Northamptonshire.

​2016 I was invited to the Three Hares Gallery, Olney in Buckinghamshire to stage  a solo exhibition;which was a huge success.

Since then I have been pro-actively promoting my exhibitions and shows around: Bedfordshire, Hertfordshire, Northamptonshire, Lancashire and in London.

I recently had a very successful show in London and will be exhibiting some of the works from that show in the gallery, including a series of dry point prints. 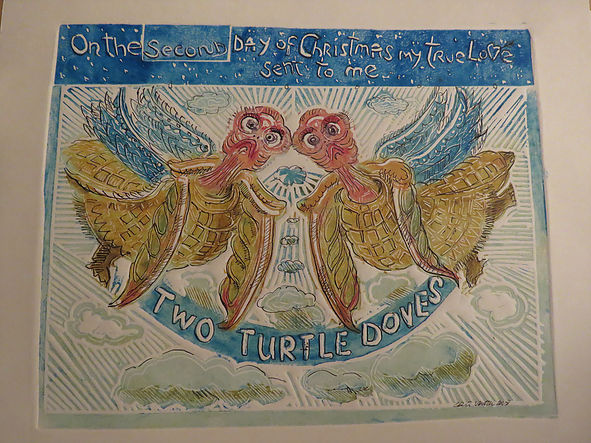