At the Cowper & Newton Museum 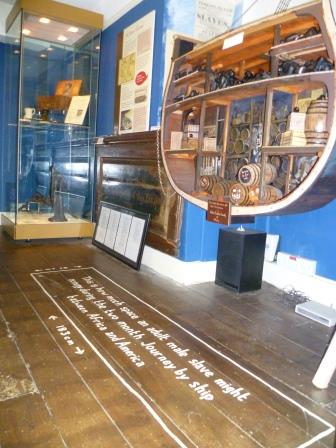 During their lifetimes, William Cowper and the Reverend John Newton were both involved in the campaign to abolish the slave trade in Britain:

William had already condemned the slave trade in his poem ‘The Task’  and was then encouraged to write specifically for the campaign. One of these poems became an anti-slavery ballad, becoming popular with those who could not read or write as they could more easily learn the words when set to music.   His poems were also published in a pamphlet  ‘A Subject for Conversation at the Tea-table’ which was designed to encourage people to discuss the issues.

The Reverend Martin Luther-King quoted from William’s poem in his Cleveland address.

‘This little piece, Cowper presented in manuscript to some of his friends in London; and these, conceiving it to contain a powerful appeal in behalf of the injured Africans, joined in printing it. Having ordered it on the finest hot-pressed paper, and folded it up in a small and neat form, they gave it the printed title of “A Subject for Conversation at the Tea-table.” After this, they sent many thousand copies of it in franks into the country. From one it spread to another, till it travelled almost over the whole island. Falling at length into the  hands of the musician, it was set to music; and it then found its way into the streets, both of the metropolis and of the country, where it was sung as a ballad; and where it gave a plain account of the subject, with an appropriate feeling, to those who heard it.

Thomas Clarkson, The History of the Abolition of the African Slave-Trade, vol. 2 [1808] 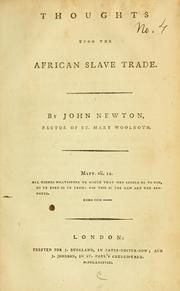 The Reverend John Newton campaigned against the trade in which he had himself participated as a slave ship captain in several ways:

Mentoring William Wilberforce who become the voice of the abolitionist movement in parliament.

Publishing a pamphlet ‘Thoughts upon the African Slave Trade’ which  was sent by The Committee for the Abolition of the Slave Trade to each member of both Houses of parliament.

Giving evidence to the Privy Council assembled to hear witnesses on the slave trade and the Select Committee of the House of Commons.

‘It will always be a subject of humiliating reflection to me, that I was, once, an active instrument, in a business at which my heart now shudders.’

Find out more from links from our Learning page and John Newton page.