John Newton lived in Olney for nearly 16 years (1764 to 1779) as curate-in-charge of the parish church, St Peter & St Paul. He lived in the rectory opposite the church.

While he resided in Olney his writings became known worldwide.

Newton was a frequent visitor at Orchard Side to see his friend William Cowper.
“I believe … we were not seven hours without being together.”

Newton published several books while at Olney, the most famous perhaps being a joint-production with Cowper, ‘Olney Hymns’ in 1779.

.Many of their hymns are still sung today around the world:

Glorious things of thee are spoken, Zion city of our God (Newton)
God moves in a mysterious way (Cowper)
How sweet the name of Jesus sounds (Newton)
O for a closer walk with God (Cowper)

As Newton wrote in the Preface:

“I more particularly dedicate to my dear friends in the parish and neighbourhood of Olney, for whose use the hymns were originally composed; as a testimony of the sincere love I bear them…”

Today one of the hymns Newton wrote in Olney, Amazing Grace, holds world records! The Library of Congress has more than 3,000 different recordings of Amazing Grace.

Click here to read more about the ‘Olney Hymns’ and the hymn ‘Amazing Grace’.

Things to see in the Museum which belonged to Newton include: 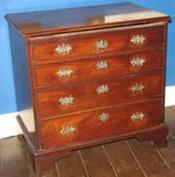 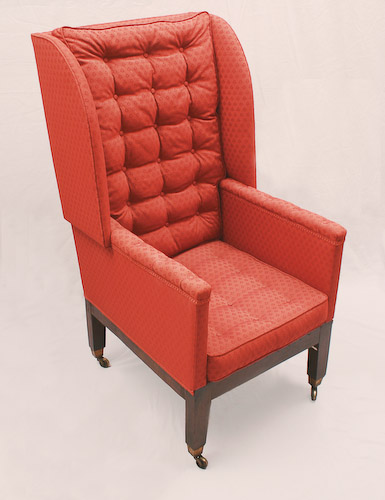 Some introductory notes on John Newton

John Newton began his career as a seafarer, working aboard merchant, Royal Navy and slave trading ships before becoming a famous London preacher and spiritual mentor to William Wilberforce, the abolitionist.

It was when returning to England aboard the ship the  Greyhound in 1748, John Newton awoke to find himself caught in a violent storm and about to sink. He prayed for God’s mercy, the storm died down and after four more weeks at sea the Greyhound finally made it to port in Lough Swilly in Ireland.  This experience marked the beginning of his conversion to Christianity. Newton continued to work in the slave trade but his actions began to be shaped by his faith.

In 1755, John took the job of Tide Surveyor at the Port of Liverpool.  This coincided with a the Seven Year War which reduced maritime traffic, giving him time to meet with preachers and evangelists such as George Whitefield and John Wesley. By 1757 Newton had started to prepare for the ministry himself and after seven years was ordained into the Church of England. In 1764 he became curate of the parish church of St Peter & St Paul in Olney, a position he held for nearly 16 years.

Further information on his life, especially the period immediately prior and during his time spent in Olney is recounted in an article by David T. Wood entitled: ‘We are all brother-journeymen in one shop’ John Newton as Pastor

In 1780 Newton moved to the City of London as rector of St Mary Woolnoth Church, where he wholeheartedly supported the work of the Committee for the Abolition of the Slave Trade, formed in 1787.

Other committee minutes record how they purchased the remains of the 1st print run of  Newton’s Thoughts upon the African Slave Trade published in January 1788, paid for 3,000 more to be printed and sent a copy to each member of the House of Commons and the House of Lords.  However, it was back in December 1785 that William Wilberforce, MP for Hull, had visited John for guidance and advice.  They had first met in Olney when as an 11 year old boy William had accompanied his Uncle and Aunt. Through his meetings with John, William made the decision not to enter the ministry himself, but to remain an MP and become the voice of the abolitionist movement in parliament.

John Newton died in 1807, a few months after the Act abolishing the slave trade throughout the British Empire had been passed.

John Newton’s writings were popular and widely read.  Today he is perhaps best known as the author of the world-famous hymn, Amazing Grace, which was one of the Olney Hymns;  but many of his letters were published in his lifetime and are still proving inspirational reading today. ‘His Works’, which include hymns, letters, sermons and articles, have been reprinted in modern typeface by Banner of Truth, an international publisher of Christian literature.

You can also read more on John Newton and his works on the ‘John Newton Project’ website.